What are the different types of Butler Sinks?

The Boden Belfast Farmhouse Sink is a modern play of the old Belfast or Farmhouse but with a nice Stainless Steel Finish to keep it modern and easy to maintain.

The origins of the Butler sink and a Belfast sink

These types of sinks date back to the Victorian times (which was around the 1830s to 1900s), the butler sinks was originally designed for the butler's pantry in London. Back in those times, there was far less water readily available in London because fresh water was in very low supply in London.

Which is why the butler sink was designed, which is quite different from the Belfast sinks. Though they were both very similar in that they were made of solid white ceramic fireclay.

TheBelfast sink was a different spin on the classic butler sink, they were still primarily used by butlers but these sinks were designed in Belfast which is on the coast, so they didn't have an issue of obtaining water as London did. So because in Belfast it wasn't as important to conserve water they had a different sink designed for their Butlers which ended up becoming what we know today as the Belfast sink. 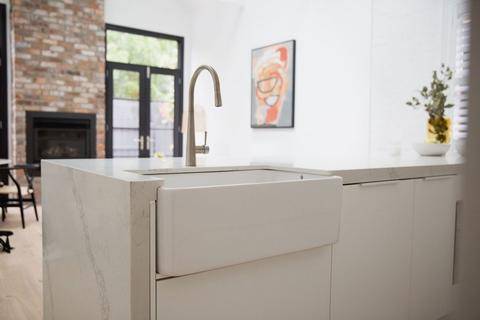 The actual difference is mainly a waste (of water)

Hopefully, you enjoyed the pun, because the main difference was that the Belfast sink was built with an overflow drainer connected to the waste because they weren't concerned about conserving water. Whereas the Butler sink was more used in London where the water was in short supply.

Since the creation of the two sinks though there have been changes made to fit and suit modern-day designs and uses. Previously the Butler sink was wider but wasn't as deep as the Belfast, and both of them would be a single butler sink but these days they're almost on par.

Belfast models are also changing and evolving, previously there were only single bowl editions but now they're coming in double bowl kitchen sinks, and you might also see the double butler sink becoming more popular also. 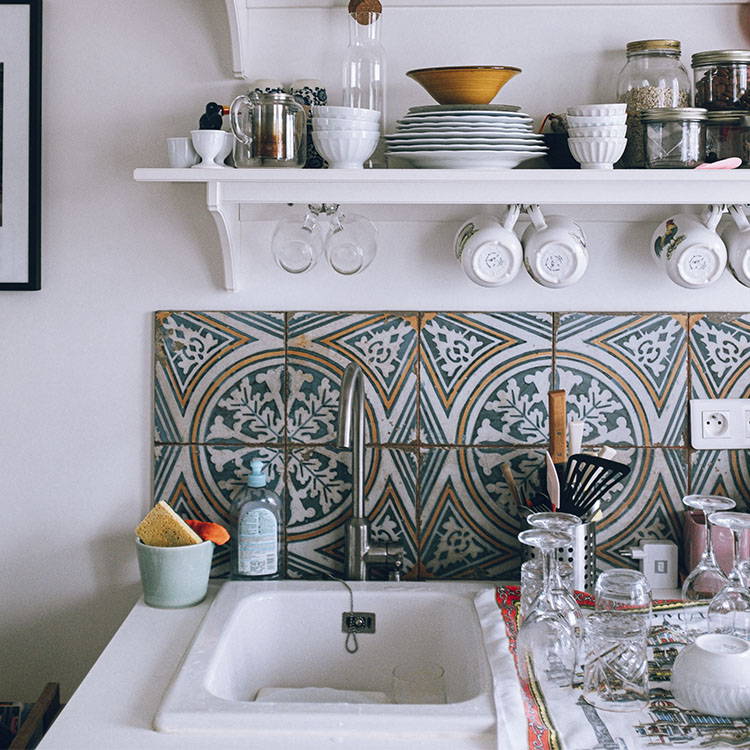 In France, the clay that is used in the fine fireclay sinks were a bit more refined than the UK so they were able to achieve a thinner wall and more elegant look. 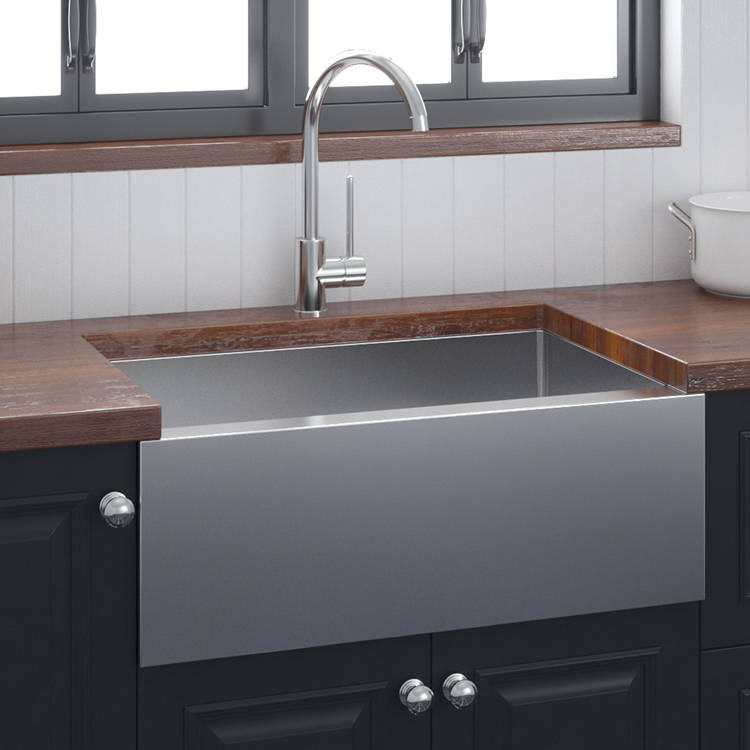 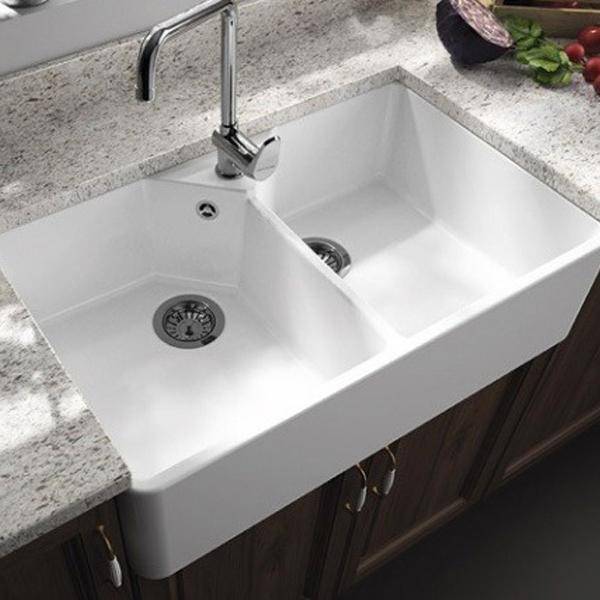 Sometimes these sinks are being installed as undermount or similar to a semi-recessed basin, sometimes even an as on counter basins almost making it look like a miniature freestanding bath in the kitchen.

If you're limited with space and you're considering a ceramic sink make sure you consider the size of the bench before you decide whether to get a double bowl sink or single bowl sink, whether you're going to go with the full classic look and consider towel rails a dishwashing machine, soap dispensers, size of the tallboys.

Just make sure you have all the styles ready in your wishlist before you start making your decision because it could be a costly exercise. 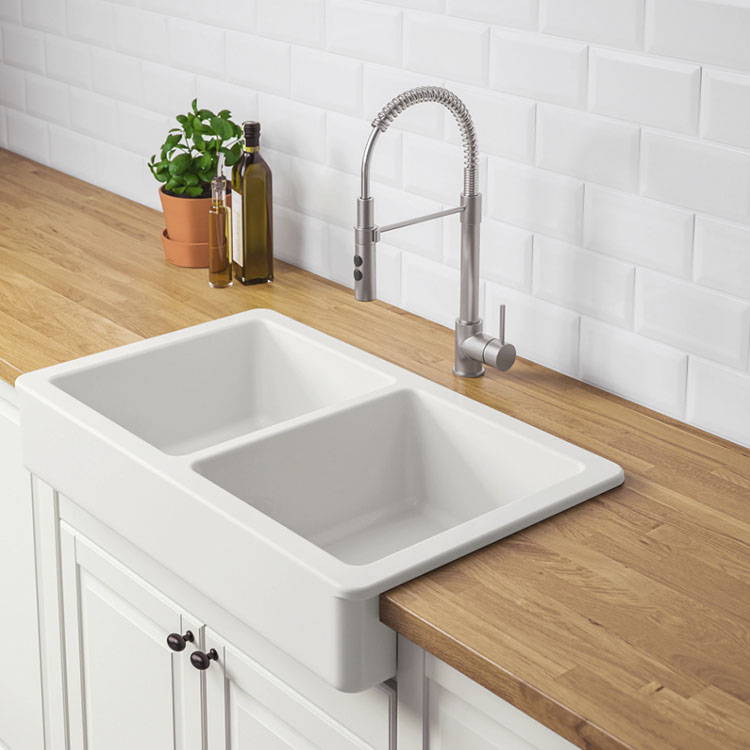 Some colour contrasts look great, for example, a ceramic sink with a matte black sink mixer, this is also easy to match in the bathroom too with showerheads, hand showers, even toilet brushes being available in matte black at affordable prices. You can even have your basket waste match the style. A popular style is a pullout tap mixer could make doing dishes super easy and doesn't hinder your style. 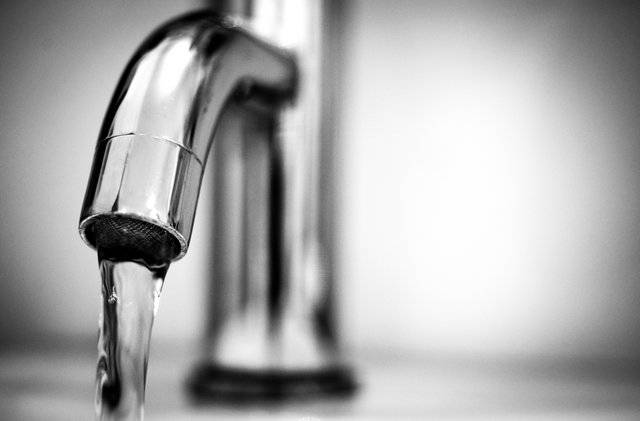 At BuildMat Australia, we only offer the highest quality undermount sinks and overmount sinks with the best prices in the market. With an extensive connection of trusted manufacturers, you can be assured of the quality of your products. To know more about our products, check our FAQ or head on over to our main page. 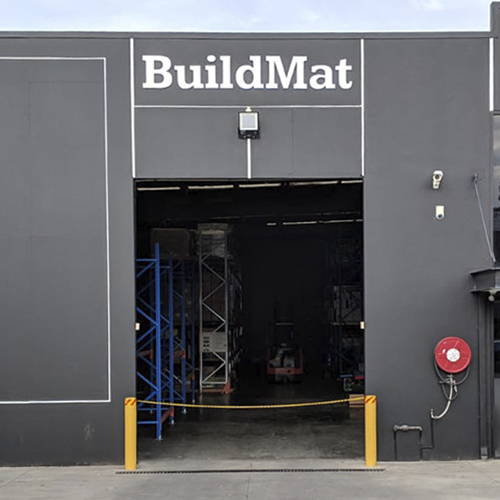 What to look out for when hiring a kitchen sink fitter